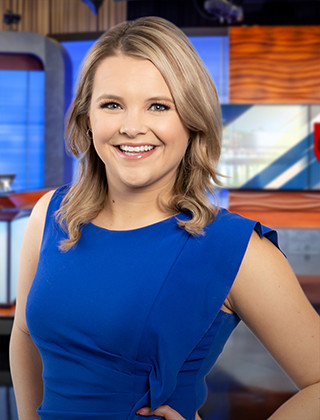 I am so happy to be in the Miami Valley! I grew up just about 50 miles south of Dayton, in Milford, Ohio. After graduation from Milford High School, I moved east to Ohio University where I studied Journalism and Political Science.

After graduating in 2018, I moved to the Miami Valley where I have been producing the 10 p.m. newscast on FOX 45. I am excited to be back in front of the camera, and out in your neighborhoods!

When I’m not working, I enjoy running and spending time with my family just down the road.