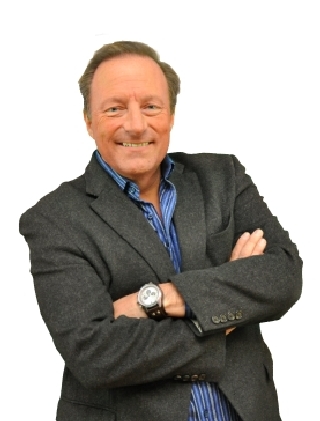 Bill is a retired veteran inner-city (Dayton Ohio) Police Officer who has survived dozens of high-risk encounters over his 26-year career. He is a court-certified expert in Personal Safety, Self Defense, Officer Survival, Use of Force, Defensive Weapons, and Tactical Communication. Bill is a Certified Personal Protection Specialist who has provided close corporate personal protection for such figures such as former Secretary of State Colin Powell, former New York Mayor Rudy Giuliani, and other corporate executives and VIPs. He has also trained hundreds of Executive Protection Specialists over the last 20 years, who now provide protection to individuals all over the globe. Bill was the Commander of the Police Academy at Sinclair Community College for 22 years where he trained thousands of Police Officers, Corrections Officers and Private Security Personnel how to survive in the threat-filled and dangerous environments in which they work.

Bill is the Author of Victim to Victor: A Guide to Winning any Encounter, Counter Assault Tactics, and Black Belt Communication "A Practical Guide for Overcoming Conflict and De-escalating Risky Situations "Bill holds Black Belts In Tae Kwon Do, Hapkido, and Judo, among other martial arts systems; he is also a certified instructor in dozens of personal defense systems such as CQPC, PPCT, and C.A.T.

Bill was the 2011 recipient of the Steve Whalen Community based policing award, and was the presenter as a member of the team that was selected as one of five finalist from around the world for Goldstein award in Problem Oriented Policing, for the "Corner of Chaos Project" He and his partner pioneered many ground breaking community base and prevention based policing models including "Bar Safe" which was a 2012 training session in Miami Florida at the international Problem Oriented Policing Conference, he also created "Delivery Safe" and Robbery Prevention programs over his 26 years in metropolitan policing.

Bill has been teaching people from all walks of life, from average Joes to CEOs, to communicate more effectively, de-escalate violent situations and defend themselves from predators of every kind for over the last 40 years. It is his life mission and this comes through in every seminar.

He has taught over a thousand seminars since 1990, and is a dynamic, engaging, and entertaining speaker who will keep you on the edge of your seat with his unique mix of simple, effective and street-tested survival skills, entertaining stories, and lifesaving information.