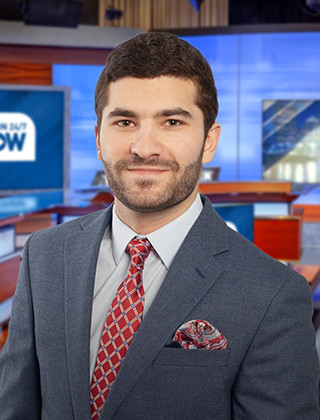 I grew up in Warrenton, Virginia, about an hour outside of Washington D.C. While I am relatively new to the Miami Valley, I attended Miami University just down the road in Oxford!

As a RedHawk, I started as a camera operator, producer and production assistant for Miami Athletics' ESPN3 and ESPN+ telecasts. For the last several years I have been the sideline reporter for women's basketball and volleyball and men's basketball. Additionally, I produced social media content and weekly updates on all things Miami sports. I spent the last two summers as the Voice of the Kalamazoo Growlers in the Northwoods League (Collegiate Summer Baseball) and voiced the viral video sketches of "Coach Drake."

Outside of the newsroom, you'll find me on the golf course or outside seeing the sights of the greater Dayton area! I'm also a BIG Washington D.C. sports fan. (Go Nats, Caps, Wizards, Mystics and Football Team!)