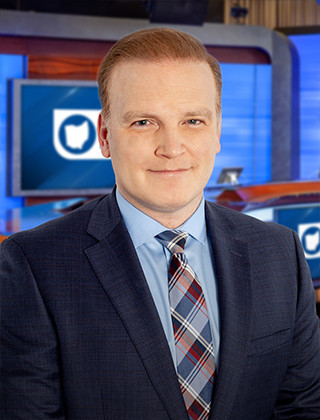 I've had the good fortune to live in some wonderful places throughout my career and I'm thrilled to continue calling Ohio home. I'm a Minnesota native, but have also lived and worked in Wisconsin, Oregon and now Ohio.

My family and I have called the Dayton area home since January of 2016. I'm proud to have been a part of several award-winning stories and newscasts during my time here.

Before Dayton, I worked a weekend evening anchor at our sister station, WSYX/WTTE for 3 years. Along with anchoring, I also reported and helped produce several "On Your Side" segments. One of those stories centered on sports-related concussions and was awarded an Ohio Valley Emmy.

Before moving to Ohio, we called Central Oregon home. At KTVZ in Bend I first worked as a morning co-anchor and then transitioned into an evening co-anchor role. I have also worked as a reporter at WBAY in Green Bay, Wisconsin and as a weekend anchor/reporter at KTTC in Rochester, Minnesota.

When I'm not at work I'm most likely at home chasing around my three amazing little girls and hanging out with my wonderful wife.

If you have story ideas, please send them my way!